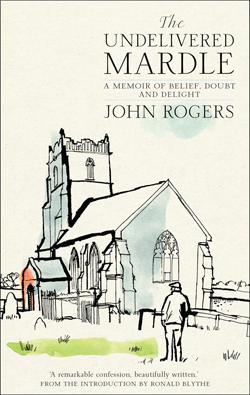 John Rogers’ book The Undelivered Mardle is described as “a remarkable confession, beautifully written” by Ronald Blythe in his introduction. “The joy is that though intimate it is expansive.”

The day on which John was due to deliver his ‘mardle’ (a talk of local interest) to the people of Letheringham in Suffolk about their ancient parish church, he suffered a heart attack. In this unique book he revisits the months of research leading up to the undelivered mardle and – with a sharper sense of mortality – explores the deeper meanings of life and faith that this simple building and its centuries of history gradually revealed to him.

John died at home in Suffolk on 26 July 2018 aged 81, after an illness bravely borne. The East Anglian Daily Times reported that the book would be his legacy.  http://www.eadt.co.uk/news/suffolk-author-john-rogers-the-undelivered-mardle-obituary-churches-letheringham-1-5647221

John Rogers described himself as a retired schoolmaster and tree planter. In 1976 he wrote Biblos – a silhouette of the Bible “for practical citizens of the world who want a basic knowledge of the Bible without becoming involved with the various religions which roost in its branches.”

As a teacher he taught children to plant trees, build barns and understand ecology. In 1987 he wrote a 147-word ‘tract’ called Exhortation – towards a true balance which he published privately and mailed out 25,000 copies of it during that time.

In 2017-18 he was working on Volume two of The Undelivered Mardle : “about how spirituality is a dynamic activity, a verb not a substantive…churchmongery at its best. Those secretive, active, outside-Christians will return like busy colonies of bees to the old hives where their ancestors had once been.” Various notes and pieces of writing allow us to piece together some of the text that would have made up the book. More news on this to follow in due course.

Shepherds, Sheep, Hirelings and Wolves, an anthology of Christian currents in English life since AD550, is a new book by Tim Williams published 10 November 2020 by Unicorn. The final extract is taken from a chapter in The Undelivered Mardle.

THE BOOK DROP
In Spring 2018 fifty copies of The Undelivered Mardle were placed in churches around Letheringham and further afield. The aim was to create debate about the enduring role of our churches. You were encouraged to find one, read the book, give a donation to the church – then pass it to another church, so others might do the same. Read more 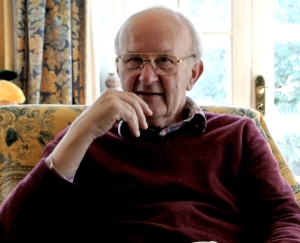 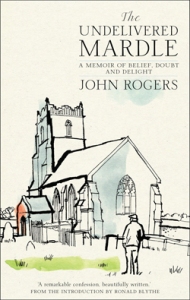